A Lesson in Forgiveness

The only constant childhood memory that rushes into my mind is always one scene. The scene never changes and has been carved into my mind for yeas. It had a huge impact on shaping the person that I am now.

Being brought up by an alcoholic father was nothing short of terror, especially in the patriarchal society I grew up in. I can remember that everyone in my family dreaded the time when he approached home. The endless beatings and verbal abuse that were given to my mother instilled fear and loathing in our hearts. Being married at the young age of 18 did not give her many options to leave him. She hung on for the sake of us, and for the sake of society, as she feared she would never be accepted if she left. The fear of the future—not just her own but ours, too—gave her strength to endure the pain and suffering for years.

I remember questioning her about why she didn’t have the courage to leave, and I was silenced by the painful look she gave me. I knew then and there that she had made the decision to bear the sufferings and nothing could deter her from it. The only thing that she wanted was our safe future, and for that, she forgot to look after herself.

As we grew up, she found her voice coming back. She gained some strength the day I stood up to face my father. Of course, I was the one who was given all the beatings, but that day she realized that she needed to move on and stand up for herself.

The path was not easy, but she made small strides towards self-improvement. Time is the biggest wizard. Eight months into my marriage, my father fell down with paralysis, making him completely dependent on my mother. Of course, people advised her to leave him in a nursing home and to live her life, but she didn’t. The words my mother told me that day will be etched in my heart forever: “Yes, my dear, he has wronged me, abused me, but I forgive him! The person right now in front of me is only a human in need of help.”

It changed my life. The bitterness that I had carried all along towards my father, relatives, friends, and people in general, melted away. And the power of her forgiveness gave me strength to forgive myself.

There are many people like me, who have gone through some sort of abusive childhood. All I have to say to them is one thing: Please forgive yourself and heal within. There are no storms that do not pass. Ultimately, we will all see light at the end. You are a survivor, and you will always survive. 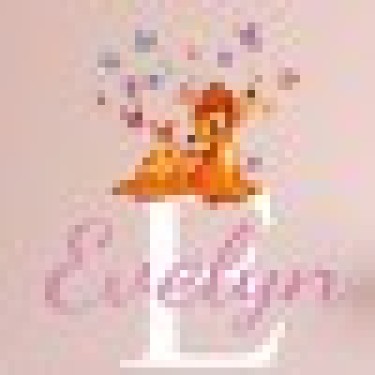 P.G. is a reader of stories and avid listener who loves to listen to anyone, anytime. She loves chocolates and doesn't hesitate to eat a full bar on her own. P.G. is a line producer in an animation studio and loves every bit of it. An aspiring writer, P.G. lives with her husband, little girl, and in-laws in a small town in Kerala, India.

0 comments to "A Lesson in Forgiveness"