Choosing the Labels I Own

A few months ago, someone I had recently met told me they thought I was fragile. In the given context, I don’t think anything negative was meant by it, yet I was taken aback and I’ve thought about it a lot since.

Not only is this not how I see myself (at least not these days), but I had deliberately chosen not to mention my story of being the mother of a child who died of cancer. I sometimes choose this with people I have just met, precisely in order to avoid this type of response. The pity in their eyes, the frantic scramble to find something appropriate to say, the labels they attach to me, that I am “brave,” that I am a “victim,” that I am “permanently sad,” that I am some kind of “tragic heroine” because my daughter died.

In some ways the labels are a way of distancing themselves from this experience they don’t want to imagine can happen to anyone. Of course, mentioning it later has it’s own kind of awkwardness, because they have formed other opinions and can’t attach the labels they think should fit anymore.

But I’m choosing not to own these labels. I’m choosing my own way to frame my story. There are things I know about myself now that I didn’t know in my 20s, when I was constantly trying to prove myself, in my 30s when my first marriage broke up, when I was 40 and living the nightmare of Zoe’s treatment and the collapse of my second marriage – things I know about myself that I could not begin to imagine finding a way to in the immediate aftermath of Zoe’s death.

The main thing I know now is that I’m a survivor. That’s the label I choose. And I am not surviving in the sense of just holding on; I have chosen to be happy, to seek joy. Just holding on isn’t enough for the rest of my life, and it’s not enough to honor Zoe.

There are also labels I once attached to myself that I have now chosen to let go of. Some I know now were never true; some served a purpose for a time, but then it became time to leave them behind. After two failed marriages and a painful break up a few months after Zoe’s death, for two years I wore a label that I was done with men. A recent experience feels as if it were sent to show me maybe that’s not true anymore, that it’s time to peel that label away.

As Norah Ephon said, “Above all, be the heroine of your life, not the victim.”

If being fragile is simply the sense that my heart is open to new people and possibilities, I guess I could own that too.

Are there labels you have chosen? Ones you have rejected? How have you chosen to write your story to serve your future, not your past? Are you ready to be the heroine (or the hero) of your own life? 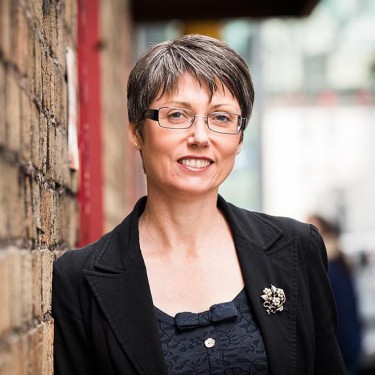 About the Author | Kiri Speirs

Truthteller Kiri Speirs is the mother of a six-year-old daughter who died of cancer. The lessons she learned from her daughter, from others in the childhood cancer community, and from her personal grief journey have profoundly changed her in ways she could not have imagined. Ironically, in some ways, she believes her life has been given more meaning.

0 comments to "Choosing the Labels I Own"