Rumbling With The Truth of Self-Loathing, Shame, and Infidelity

A couple of years ago I wrote a blog post about how acknowledging and embracing the aspects of ourselves that we find ugly and shameful helps us show up in the world the way we really want to. You can read it here: She is a Selfish, Controlling Hypocrite.

In my family there was a pattern of hypocrisy, and of finger-pointing, self-righteousness, accusing, blaming, and shaming. I was right there in the thick of it myself until I woke up and decided I didn’t like who I was as a result of it.

“Shame corrodes the very part of us that believes we are capable of change.” ~ Brené Brown

Over the past 10 or so years, I have been pulling back the curtain on myself as honestly as I can. But there’s one area where I was still finger pointing and holding myself as “better than”: marital infidelity.

“Self-righteousness is the armor of self-loathing.” ~ Brené Brown in Rising Strong

In my family, on both sides, going back at least a couple of generations and in more than few marriages, infidelity, alcoholism, and divorce happened. It’s been furtively documented and acknowledged in stories that have been passed down, conversations overheard, and second- (or third-) hand commentary.

Most of us buy into the myth that it’s a long fall from “I’m better than you” to “I’m not good enough”—but the truth is these are two sides of the same coin. Both are attacks on our worthiness. ~ Brené Brown in Rising Strong

After meeting my now-husband Tim for the first time, my mother told me, “He’s a good man. Don’t you hurt him.”

A few years after Tim and I married, a very obvious opportunity to have sex with another man presented itself. I was traveling for work. I was also drunk. I flirted with him. All of a sudden we were alone. We almost kissed. The story I told myself later is that he came on to me and I rebuffed him. That wasn’t the truth. I am not sure what stopped me/him, but something did and it wasn’t me.

It was during that time that I was having a series of terrible dreams in which Tim cheated on me. The worst part wasn’t the cheating, it was the attitude he had. In the dreams, he was dismissive and disdainful of me, saying things like, “Of course I am cheating on you. You’re pathetic.” What I know now is that those dreams did not represent how my husband felt about me; they were about how I felt about me.

It had to do with my belief that if I was desired sexually, then I was okay (and I certainly didn’t feel “okay” about myself back then), and that sex could be used to get what I wanted and to be taken care of.

But most importantly it had to do with the pattern of shame, desperation, and self-loathing, which drove the behavior, not the other way around.

And I’ll tell you one thing for sure: the thought of having sex with another man and hurting Tim, hurts me. As I said, for a long time I held myself as “better than” the other women in my family because I hadn’t actually cheated on my husband. But it wasn’t until very recently that I was willing to be 100 percent honest with myself (and with Tim) about it. It was scary and I felt the hot prickle of shame on my face, but I was able to meet myself with empathy and compassion.

“Shame cannot survive being spoken and being met with empathy.” ~ Brené Brown

And that is why I wrote this. Certainly not to perpetuate shame, but rather to shine the light of empathy and compassion on myself, my mother, her mother, and any woman out there who is rumbling with the truth.

Because life is infinitely better when I genuinely believe that they are doing, or did, their best.

“Owning our story can be hard but not nearly as difficult as spending our lives running from it. Embracing our vulnerabilities is risky but not nearly as dangerous as giving up on love and belonging and joy—the experiences that make us the most vulnerable. Only when we are brave enough to explore the darkness will we discover the infinite power of our light.” ~ Brené Brown 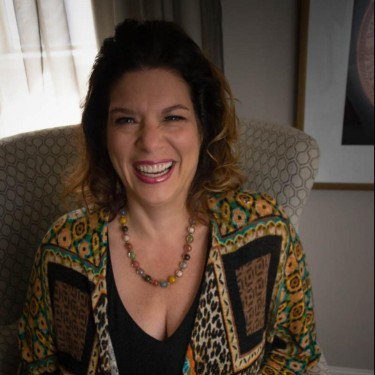 About the Author | Karen Anderson

Karen C.L. Anderson is a writer, author, and master-certified life coach who is on a mission to make sure that women who struggle with, or who are estranged from, their mothers overcome dysfunctional generational patterns and show up in the world the way they truly want to. She lives in New London, CT.

8 comments to "Rumbling With The Truth of Self-Loathing, Shame, and Infidelity"