Women, Unite: Our Responsibility to One Another

One fall afternoon, my 16-year-old daughter rushed through the front door, dropped her backpack at her feet, and slid down to the floor in tears.

My first thought was that her best friend—a wild, impetuous thing—had been involved in a car accident. My second thought: She’d had her heart broken. I didn’t have time for a third thought because, before I knew it, I was on the floor beside her, her small, strong body trembling in my arms.

When she calmed down enough to speak, she filled me in on her afternoon. Soccer try-outs for her prestigious high school’s varsity team had been held that afternoon. She hadn’t performed poorly (she’d put on her first pair of cleats when she was three); she hadn’t gotten hurt. But several of the older girls had treated her with scorn. Others had ignored her entirely. These were girls with whom she’d shared sleepovers. Matinees. Gossip, wardrobes, birthday cakes, crushes. They were, my daughter thought, her lifelong friends.

She went to bed early, before I summoned the courage to tell her that friends in high school were mostly fickle; that, when she was older, her friends and colleagues would be loving, steadfast, loyal. I’d save it for morning, I told myself.

But the more I contemplated my spiel, the less convinced of it I became. Hadn’t I experienced the same derision as a grown woman? Hadn’t I endured friends who looked down at me for continuing my role at my corporate job when my daughter was born, and other friends who’d ridiculed me when I resigned and chose to become a stay-at-home mom instead? Hadn’t I been betrayed, shamed, and excluded from other grown women I counted on as my friends? Hadn’t the greater accomplishments of my life—motherhood, buying a home, promotions—been received with equal mixes of admiration and jealousy?

At the core of the way my daughter was treated by her peers was this: The potential threat she posed to the other girls on the team. These older girls knew their chances. They knew they were at risk of losing their place on the team.

Deeper within that—which my daughter intuited even if she couldn’t properly articulate it—was something much more insidious: The competition that exists among women.

Competition is important, even essential. But playing fair is far more imperative. Competition taken too far is detrimental—dangerous, even.

Some of the most seminal feminist writers, historians, psychologists, and anthropologists—Audry Lorde, Jane Baker, Rianne Eisler, Rosemary Radford Futher, among others—firmly believe that women should never compete with one another. We are, they argue, born with a set of natural gifts. We nurture. We empathize. We tend to children, the sick, the elderly. Cultural values like “survival of the fittest” minimize these innate abilities of ours and cause a number of women to become selfish, hard-hearted, and unapologetically ruthless.

It’s entirely natural to covet qualities in others, particularly our female peers—their radiance, their athletic aptitude, their ease in crowds, their artistic talents, even their Louis Vuitton bag. True problems arise when we try to outdo one another rather than appreciate and learn from one another. It creates objectification. It breeds contempt, generates insecurity, and holds us back from shattering the glass ceiling so completely it can never be put back together again. It keeps us outside the gates of compassion, wisdom, and generosity.

Teenagers are especially vulnerable to what society portrays as right and vital and true. Without the knowledge that comes with age, they’re more susceptible to what the media depicts as ideal: Beauty, wealth, the perfect partner, success. To get there, they’re told to take whatever action is necessary—and, at times, their feminine traits get replaced with aggression and dominance.

How can we stop this?

The answer is simple: Never forget the significance of providing your children with model behavior. Instead of complaining about your body issues—perceived or otherwise—and saying you wish you had Rachel’s legs, dedicate your energy towards praising your strong arms and going hiking with Rachel. Rather than bemoaning your wardrobe and envying Joyce’s impeccable style, ask Joyce if she’d like to go shopping with you some day. And instead of envying Alice’s ability to speak in front of a crowd with confidence and grace, ask her for a few pointers before your next presentation.

Pay compliments to other women, and mean them. Ask for favors, and reciprocate. Listen, and be heard. Ultimately, collaborate instead of compete—and women as a whole will become a far better team. 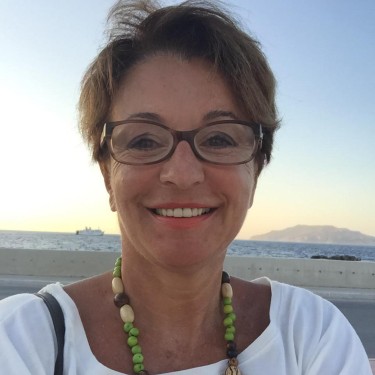 About the Author | Lauretta Zucchetti

Lauretta Zucchetti is a regular contributor to Purpose Fairy, Lifehack, Bon Vita Style, A Daring Adventure, Motherr, A Band of Women, Having Time, Thank the Now, BlogHer, Retreat Place, Self Growth, and Soul Friends. Lauretta's work has also appeared on Tiny Buddha, Literary Mama, Scary Mommy, Brevity, The Shriver Report, Crone: Women Coming of Age, and the anthology Nothing But the Truth So Help Me God: 73 Women on Life’s Transitions. A career and life coach who specializes in assisting women through midlife transitions, she's the co-founder of Africa Hope Alliance, a non-profit organization dedicated to providing help to impoverished villagers in Kenya.

0 comments to "Women, Unite: Our Responsibility to One Another"