Just a few nights ago, I slammed my bedroom door and then locked myself in the bathroom before tears streamed down my cheeks. It was an embarrassing act of weakness, after my two-year-old son refused to let me tuck him into bed. (He had screamed his head off that he wanted Daddy to do it instead!)

It is worth mentioning that I am a rational adult most of the time. This time, I surrendered the power to a toddler and handed over the Parent of the Year award to Daddy.

As I looked at my face in the mirror, an 80s disco song came into my head and it distracted me so much that I was no longer upset with my two-year-old, but I started to think about the memory this situation triggered.

As weird as it sounds, I continued to play the song in my head, and it reminded me of a dance performance I did in preschool, when I was about five years old. It was a dance routine in a group of kids in front of all the parents and teachers at the year-end event. I was this girl with a short boy haircut and a blue Ninja Turtles hoodie, ambitiously counting the steps in her head not to ruin the flow.

I was so determined to get it right. Despite my devotion, at one point I got it wrong. I moved to the left instead of right—which in my head indicated a failure. I followed with a swift recovery from the situation and got back into the flow, with an even more serious face. Game face! I just wanted to be perfect, just as I perceived everyone else to be. I wanted to belong.

What makes a five-year-old want to fit in so badly that any imperfection feels non-optional? I felt as if imperfection was going to cast me out from the group. And what does that have to do with how I feel right now? My two-year-old rejected me, so I am going to be axed? My little pack of wolves will not accept me anymore and I will need to leave and seek survival by myself?

When I put it this way, then my reaction to Leon’s rejection sounds less humorous than it really was.
It is difficult to have the right balance, and I am sure every mother can relate to this. Two days away with work have resulted in my toddler getting back at me emotionally, punishing me by indicating that he no longer needs me. I have read that this is a common behavior, and thankfully, something I’ve been able to resolve by giving him some more attention over the next few days.

Leon teaches me something new each day. He puts me through a test of character and triggers emotions that I never thought I had. He makes me feel the strongest and the weakest at the same time. He provokes situations and thoughts that are deeply buried. This time, he has provoked an important self-reflection. He’s made me realize that my longing for belonging is so strong that I strive to be a perfect contributor to our family unit and my workplace, in order to feed this need.

My perfectionism does not come from a good place; it comes from a bad place: the fear of losing significance. This is not against human nature; in fact, it is right in accordance with our human needs, but it is against the values that I would like to stand for. I would like to represent the belief that I am valuable and significant as an individual, regardless of my role in the society.

And thanks to Leon, I will strive to pass this belief on to him. I do not want him to grow up under pressure of having to meet certain expectations to be accepted. He does not need to prove anything to anybody or fit into a box that someone else may have created by error. The box may not be the right fit for his skills or personality, so I am hoping that he will be confident enough to be as he is and feel comfortable in his own skin. 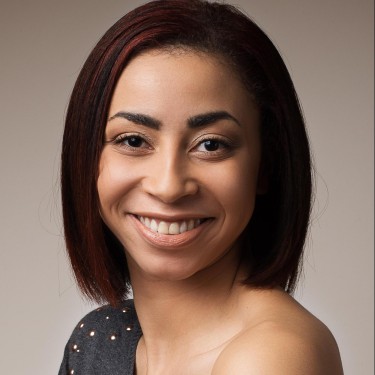 About the Author | Biola Wyrwas

I am an economist, marketer, and an actress - but most of all - a young, married woman who believes that we can all be and do anything that makes us happy! I have a BA in economics, politics, and law, and an MA in international relations from DCU. I am working in a busy corporate world while also pursuing my passion for acting. I have also created a blog called “World is You Today,” to help other women to gain confidence and feel empowered. If I can do it, we can all do it!