Lessons from the Fathers

My father asks to meet me. I say, “Not yet, I prefer to exchange letters first.”

He sends one letter, then phones. He has made arrangements to come to my city. I am stunned. Where is the exchange I asked for?

He is rich. He’ll send a car. I say I’d prefer to catch the train, keeping to familiar things as much as possible in this strange situation I didn’t invite.

He sends the car.  He asks me to come alone. I say I’d rather bring my partner.

When we arrive, he sends my partner away.

I complain to the father who raised me that none of my wishes are being heard. He tells me I’m being selfish, that I should do what this stranger who is my flesh and blood wants. After all, he is rich.

Lesson learnt: I cannot say no. It is selfish and rude.

I try to say it in more subtle ways—“I’d rather, I prefer, not yet”—to avoid being selfish and rude, but my words are brushed aside. I have not one but two fathers to remind me that my “no” in any form is unacceptable.

The belief that I am a bad person if I say no to what others want is a seed planted early. It is now so tall that its branches shed leaves over all my future relationships.

My relationship is new, just ten weeks old. The phone call from abroad comes late, across time zones. Afterwards, he sleeps on the couch.

In the morning, he is still there. I agonize over what I did wrong. The little girls inside me are wailing, terrified.

I quiet them, tell them the adult part of me will deal with this. I show them the “I” statements I’ve prepared.

I ask him why he is there, with a calmness I don’t feel. He says that when the phone rang, he didn’t want to wake me. I know this is not true. The ringing woke me and the conversation was boisterous. “How the hell are you?” he said, laughing loudly and repeatedly.

I use an “I” statement: “When you sleep down here, I worry that I’ve done something wrong.” This is my history; I don’t blame him, but I want him to know it affects me.

He doesn’t respond. By now the little girls are deeply triggered—they remember. This means they have done something bad. They don’t know what. I am no longer able to console them.

Shakily, I summon all that I’ve learned about healthy boundaries. I try to manage my overwhelming anxiety responsibly instead of dumping it on him. I use another “I” statement, sharing how I feel when I’m left alone repeatedly without knowing why.

I don’t know that he’s keeping a secret, and that my attempts to understand what feels to me like rejection appear to him as accusations.

The eruption is huge. There is yelling, blame, finger pointing, nastiness. I tearfully request that he not speak to me this way and he tells me that we’re done.

I take my things, driving through tears to a friend’s place, trying to make sense of what happened.

I think it’s because I’ve been selfish and rude. I still have no idea that none of it is about me. It is about alcohol and secrets and denial.

I do not yet recognize that this is an abusive relationship. It feels so much like what I have already known.

I have spent my life not saying no, trying to prove I am polite, selfless, nice, so I can feel safe. But I am not safe.

The branches are so big now that the falling leaves are burying me.

It takes me four years. With the help of an army of friends and counselors and courses, I finally say it: No.

One little word that takes three more years of no contact for him to accept and finally let me go.

In that time, I discover that saying no to others is not selfish and rude.

Sometimes it means saying yes to myself.

Saying no means: Don’t get in the car. Don’t take the call. Don’t go alone. Catch the train. Object if your companion is sent away. Ignore the unwanted contact. Don’t try to understand. Say no, even if you are shaking in your shoes.

Lesson unlearned. If you can’t stop the leaves from falling, you can cut off the branch. 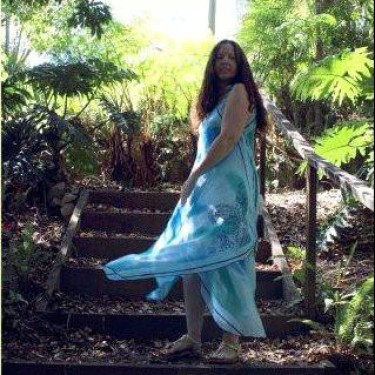 About the Author | Leanne Chapman

Leanne Chapman is a therapist, writer, dreamer, night owl, animal lover, and introvert. She knew she was a writer from early childhood, but it took decades to find her voice. In the meantime, Leanne became a therapist, trying to help others make sense of their lives as well as learning to understand her own essence. She now lives in a wooden pole home amongst the trees with her rescue cat Jade, where she works with clients and writes about love, loss, and healing. You can find her on claimyourtreasure.com.

10 comments to "Lessons from the Fathers"

Time to Lighten Up! How to Stay Motivated in the Middle of the Daily Grind
The 11 Lessons I Learned from 11 Months with a Narcissist
We Deserve Better
Learn More