Holly’s Journey: From Guillain-Barre Syndrome to Happily Ever After

I was a healthy 26 year old who had just given birth to my first child 20 days earlier when I was diagnosed with a rare autoimmune disorder called Guillain-Barre Syndrome (GBS). A tingle in my finger and a weakness in my legs brought me to the ER, and within 12 hours I could no longer walk anymore.

The disorder progressed very quickly, and by Day 3, I was in the ICU on life support. I spent almost five months in the hospital; two and a half were spent completely paralyzed from the neck down, breathing on a ventilator. I was unable to move, speak, or hold my newborn baby girl. I was devastated and felt that my life was over. But slowly, as the months went by, I started to improve. As the paralysis started to fade, I began to learn how to do everything again, including how to breathe off the ventilator, how to use my hands and feed myself, how to hold my daughter, how to brush my teeth and hair, and eventually, how to walk again. My daughter was almost six months old when I was finally able to return to my life as a new mom. After a lot of hard work and rehabilitation, I made an almost complete recovery. My journey was documented in a YouTube video that I shared to inspire others to never give up. 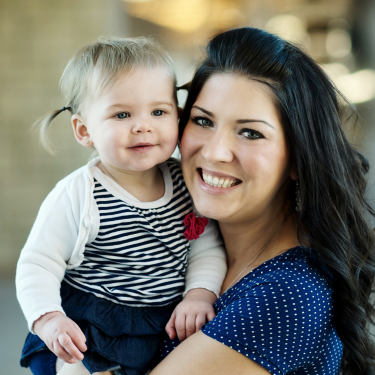 About the Author | Holly Gerlach

0 comments to "Holly’s Journey: From Guillain-Barre Syndrome to Happily Ever After"

Give Yourself a Break This Holiday Season
The Key to Kindness: Live a Life You Are Proud Of
Find Your Clarity and Step into 20/20 Vision for the Year Ahead
Learn More