Five years ago, I rose from bed early one morning to find a hallucination. A black evil ring etched itself, hovering in front of my face. It was then replaced by a brilliant white light. My brain exploded. The curse was broken. I was the Queen of France.

Luckily, my roommate was home that morning. In the days leading to this, I was making less and less sense to my friends and family. That day, my odd behavior and incoherence were disturbing. She called my mom, who booked the first flight down to San Francisco. Then my two best friends in the city came over to keep me calm and contained. The hallmark of my insanity was twirling in circles. I spun around my apartment for hours on end, babbling nonsense, consumed by rapid delusions.

That night, my mom made the hardest decision of her life and took me to the hospital. She is a retired nurse who practiced for 17 years, but still, she didn’t know what was wrong with me. She knew that hospital psych wards are horrible places, but she believed I had been drugged. Something was terribly wrong. I, on the other hand, believed that I was going to Hogwarts.

Many tests and several hours later, I sat in a tired plastic chair under harsh fluorescent lights. My reflection in the two-way mirror looked rabid and wild. I was so skinny. A young woman entered the ER room; she was a kind and calm doctor. She carefully explained that I was not drugged, but that I have a mental illness. Bipolar disorder. A big manic episode flipped my brain into a state of psychosis, she said. I was completely disconnected from reality.

Her words hung in the air for a moment as she gazed into my eyes with palpable compassion. It’s true. The deepest sadness I had ever known sunk from my heart down into my stomach. None if it was real. Then, all at once my mind was lost to fantasy again.

I spent that night in solitary confinement following several antics and several more warnings. I also refused their fucking medication moments before two large men pinned me down and a tranquilizer was administered until I blacked out. Then there was the next psych ward where my family swooped in to save me from my prison. They worked as closely as they were allowed with the social workers, doctors, and nurses assigned to my case, helping to soothe me into accepting treatment. They got me the hell out of there after a week. Finally, I anxiously chain-smoked my way through a month-long aftercare program complete with Family Therapy Day before moving home to live with my parents in Seattle.

I struggled deeply to come back to reality and let go of the delusions that felt so real. And once I did, I struggled to accept what happened. Everything I’d ever known had changed. Luckily, with the support of my family, I was able to take a break from working for eight months. What I had been through was akin to suffering a major car accident for my brain. I battled side effects from my medications: I gained 60 pounds, developed cystic acne, and my hands shook involuntarily. My mind was so fuzzy I couldn’t function. A friend later told me that I was a zombie during that time. I didn’t even look like me.

I was so scared that my life was over, but what I discovered through my recovery was that my life had just begun. Untreated bipolar disorder ruled my young adulthood. I had achieved so much, but I was unstable and unfulfilled. Cyclical suicidal ideation, as it turned out, was not normal. The caustic intensity of my feelings was not normal. Some unwise decisions I had made were not normal.

Facing my illness is the hardest thing I’ve ever done, but doing so with the help of medication, doctors, friends, and family has liberated me to become the woman I am proud to be today. My life is filled more than ever with purpose, love, joy, and health. I am still alive.

Awareness surrounding mental health is on the rise. Care is getting better, and stigma is waning. However, there is so much still to be done. I have dreams of contributing in a major way. One way I contribute now is by simply sharing my story, including it on my website. I share so that those who suffer from mental illness and those who support a friend or a family member with mental illness know that they are not alone. 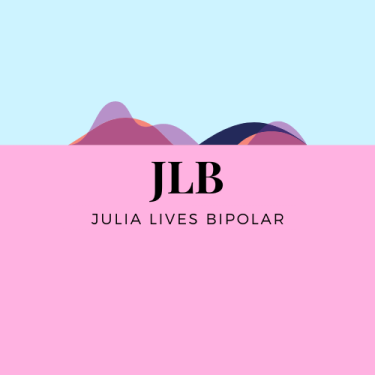 About the Author | Julia Stabler

Julia Stabler is a story teller who shares her experiences to advance mental health advocacy. She is also a passionate team member of a fabulous fashion start up in Seattle. If she's not tapping away at they keys of her lap top, you can find her on the slopes in the winter shredding gnar or at the golfing course in the summer trying to putt. She resides in her hometown of Bellevue, WA.