A Note from the Wf1 Staff: This piece remains one of our most popular Truthteller stories on the site. Our hearts go out to the many people who have taken the time to comment on the post and share their personal stories. Please keep in mind that while we encourage our authors to respond to comments as they are able to, this is not always possible. If you are at immediate risk and need support and/or someone to talk to about your situation, we encourage you to check out Wf1’s Crisis Resource List, which we created especially for our community. We wish you everything you need to make life happen on your own terms.

In hindsight, I never felt my relationship with my husband of 22 years was abusive. One would certainly think it would be so easily detected; so easily felt. I would have never believed it could have been part of my life. The abuse crept into my life effortlessly and I subconsciously learned to survive through the horrific dysfunction. I despised it, yet couldn’t give it up.

Unlike physical abuse, emotional abuse is often more difficult to recover from, as the scars can often be more self-destructive. There are no visible marks and friends and family can barely detect your pain.

In the beginning, I thought my relationship struggles were the typical marital woes everyone faced as newlyweds. I felt determined to work through the battles I constantly faced. I thought it was that part of my marital journey where I would suffer through and learn to accept my significant other’s faults. I was proud of my ability to survive. The scars on my heart began to thicken and block my ability to love this man. The mistreatment felt so wrong, but my learned ability to forgive trumped all my instinctive feelings.

The turmoil was relentless. The few people I shared this with were oblivious to any abuse. Their empathy quickly turned to excuses for my husband’s irrational behavior. They’d never witnessed any of it, so I am wondering if they ever really believed me or maybe thought I exaggerated the truth. The ups and downs became a regular gig in the days and months of my marriage. It never stopped or slowed down. It was and is a toxic cycle in any abusive relationships. We would have great normal days, but then someone or something would cause a trigger reaction where there would be arguing, threats, and intimidation, then denial, blaming, and saying I caused him to act that way. There was never an apology, but there was always a guaranteed silent treatment that followed and lasted for days. The communication would just stop. I became invisible, as well as my feelings.

The times I wanted to leave were immeasurable. He was an expert at convincing me I would never make it on my own and that the kids would hate me forever. Self-doubt was inevitable. The abuse became such a profound part of my life, yet I stayed. The level of toxicity increased through the years. I became very depressed during our last years together as a couple. At one low point, I developed shingles. I felt trapped and unable to see how diminished my self-respect had become. I lost my ability to be combative in arguments, because I’d have rather kept the peace than trigger an emotional outburst.

The joy and happiness in my life was trapped underneath the misery. I worried more about my kids’ and my husband’s lives than my own well being. It was pathetic, but it became my normal. Truthfully, I did not even know what emotional and financial abuse was, or that it was considered domestic violence until I finally broke down and secretly went to a local women’s abuse center for counseling. Knowledge became power for me. I began to research and read up on the issues. They all resonated with me. I learned the best way to handle an abuser and how to leave an unhealthy marriage.

My husband’s goal was to gain control and power over me through all the belittling, financial control, and manipulation. His behavior had become unpredictable and troublesome. The more I pulled away from his grip on me, the tighter he held on. I had to carefully plan my escape. The last few months we were together, I had to act like I would try to work on our relationship. I pretended to care, when deep down I hated him, and I hated myself for allowing this man to tear apart my soul.

I began regular therapy, which gave me instant perspective. Every time I left the sessions, I felt more powerful. Just having an outsider view my marriage, who acknowledged my disheveled marital unraveling and allowed my doubts and fears to slowly dissipate. It was if when I was inside the confines of his delusional world, I couldn’t think straight or function as the strong woman I once was. His constant barrage of hurtful words kept me fenced in on the emotional merry-go-round. My therapist explained once that this vicious and toxic cycle was what we needed in each other as partners. He needed to be in control of my life, and I became accustomed to forgiving his bad behavior.

It took me an excruciating year of facing my fears to realize I had to leave or I would never make it out. I was afraid I would become seriously ill from internalizing the abuse for all those years. The strong fist of domestic violence would end up costing me my life, my soul and my being! It wasn’t up to me to help him see his evil ways or making him better. That was his karma. He had to help himself, and I knew I had to jump off the merry-go-round no matter how difficult it would be.

I blindsided him and left while he was away one day. With the support of family, my therapist, an attorney, and friends, I am starting a new life. It was the scariest decision I had ever made, but I now consider it to be an exciting new beginning for me. A new chapter has begun. I now write my own future and that is the power of self.

Emotional and financial abuse is real, and is as destructive to a human being as physical abuse. Here are some sane and loving directions for anyone who may be on the same park ride as I once was: 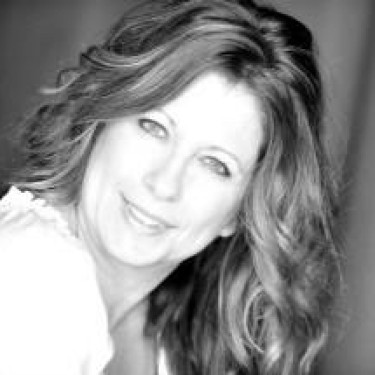 About the Author | Mary Elizabeth Robinson